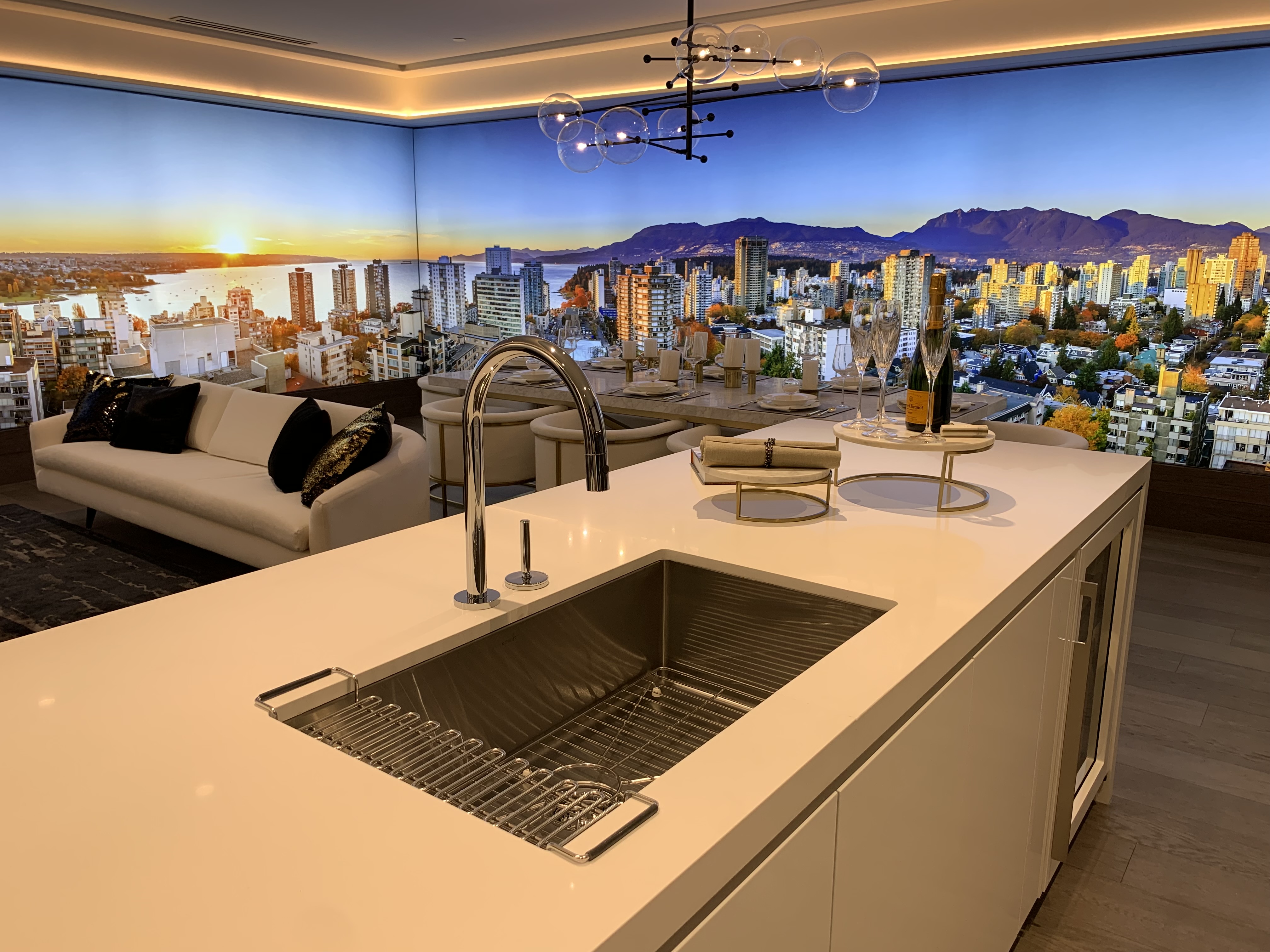 To enjoy one of the signature dishes of Goan cuisine, you literally have to rip out its insides. Goa sausage does not reach the plate in its original shape, which resembles a long, smooth cylinder rolled into a spiral. There is no such thing as simply frying it for Goa sausage. First, the cook has to open the lid and pour the inside of the sausage over some onion slices that have previously been simmered in additional oil.

Underweight people may want to add potato wedges for extra nutrition … Goa sausage offers a sumptuous collection of bites surrounded by a deep red spice blend anyway. You can definitely try a tasty delicacy, but not one that is easy to digest or for the faint of heart thanks to a high cholesterol load. As you might have guessed, Goa sausage belongs more to the category of comfort food than healthy stuff … this asset is shared with the country of origin.

Like their sausage, Goa can satisfy your heart and give you trouble at the same time. Although it is now considered one of the signature dishes of Goan cuisine and is considered by some to be a must-have in every kitchen cupboard, Goan sausage did not originate here. The art of making sausages was brought to Goa by the Portuguese, who invaded the country about 500 years ago. They turned the masses of the local Hindu population, who never eat sausages, into Roman Catholics with a wide variety of non-vegetarian dishes made with freshly imported ingredients.

The Portuguese missionaries brought the cashew nuts from Brazil. As fervent believers in alcoholic sustenance, they discovered the potential of palm toddy as a base for strong spirits. This led to the production of feni palm and cashew nuts and, consequently, to alcohol addiction on the part of the population. Tamarind from tropical Africa, tobacco, potatoes, pineapples, papayas, and two varieties of chili peppers from Mexico were other imports from the Portuguese invaders. Thus, ingredients from various parts of the world provided the Goans with a rich cuisine of their own, unique in India, a mixture of East and West.

All of this can be experienced today by simply cutting the skin off a Goa sausage. Immediately, the distinctive aroma of ground spices permeates the air, tickling the taste buds and promising more deliciousness. Normally this calorie bomb is made from pork, but if you are lucky you can find veal and wild boar sausages. The minced meat is salted, mixed with masala and marinated. After stuffing it into a sausage casing, it is cured and dried. This centuries-old tradition of preserving meats without a refrigerator gives these sausages a shelf life of more than eight months.

Goa sausages must be sturdy, as local farmers sell them in the sun at city markets. Many families still raise their own pigs and use them to make sausages mainly for the monsoon season when fresh fish is scarce. However, like Goa, the humble sausage loses its appearance as a simple and cheap food available for a few rupees in many bars and restaurants once it goes international.

You can buy Goa sausages on the internet for about the same price as Parma ham or smoked salmon. In fairness, it must be said that Goa’s prized sausage meets UK food standards. The original sold in Goa may have some trouble getting international endorsement as local food production sometimes lacks oversight and doesn’t always comply with the rules … However, once out of the country, the Goa sausage denies its humble origins and becomes an expensive delicacy.

The same experience can be done with and in Goa. If you book your vacation in the international market, it can become an expensive affair. Many people pay thousands of dollars to spend a few days at the luxurious resorts that are found along the beautiful southern coast of the country. In these 5-star skies, pampered and protected from any haunting sight, wealthy tourists can experience the sweet life and leave Goa thinking that it is truly another tropical paradise of sun, sand and sea.

Unfortunately, these people have not opened the sausage and have missed the opportunity to discover the soul of Goa. Exploring the different bites of Goa requires some time, patience and an inquisitive mind. Once the sausage is opened, you can see a variety of different bits and pieces. There are white lard dice that resemble some of the tourists who have contributed to the wealth of the country. Like lard, these pieces lack some form of public recognition. They offer an easy target for criticism in the media from various fractions of Goan society. Politicians especially condemn this influx of white meat as a deterioration to the local culture whenever they need a scapegoat.

Although they bring millions to the country, no one really appreciates these people for the role they play, providing a lot of income for many local citizens. This fate they share with lard and its cured form, bacon: Who has raved about the health benefits of pork fat? Well, perhaps the real health benefits are few, but the tremendous satisfaction and relaxing sensation after eating large amounts of animal meat should not be forgotten.

At this point you can probably guess that the author of this story does not belong to the vegetarian part of the population. Another ingredient that reveals the sausage is the meat. Now there are some grayish, off-white chunks and also chunks of meat that have turned brown marinated in the masala. Like the so-called hippies who came to the country and opened it to tourism, the basis of Goa’s current wealth, the whitish pieces resisted the influence of the masala.

The hordes of peace-loving individuals who came to Goa in the wake of the 1960s did not think of the Roman Catholic religion and Hinduism that dominated the country for centuries. The only thing that mattered to them was living a free and cheap life and throwing big parties. For a few years everyone was happy until greed took over on both sides. Some members of the local community found that much more money can be made by selling drugs and robbing foreigners rather than simply renting rooms and serving food. Unfortunately, some of the foreign guests joined them to profit from the drug trade.

Goa quickly lost its innocence and acquired a bad name internationally as a place where anything goes, although the country is much larger than these few pieces. Even if the so-called hippies brought a lot of trouble, they greatly enriched the culture of Goa at the same time. Thanks to foreigners, the Anjuna flea market was developed. This famous market shows a sample of merchandise that comes from all corners of the planet thanks to business travelers. The flea market is still a valuable source of income for many local entrepreneurs today.

In recent years, several Saturday night markets offer more business opportunities for local and foreign entrepreneurs. Although these foreigners are often branded as “hippies”, they allowed many Goans to make huge profits. However, they are often condemned interchangeably in the media as drug traffickers and rank very low in the public opinion of Goan natives.

Fortunately, we found many bites of brown meat that have turned the color of masala in our Goa sausage. Like these pieces, many people from different parts of India and the world have come to Goa, incorporated the local spice blend and added to the richness of its flavor. Many times there is a huge uproar in the media that Goa is losing its culture under all this foreign influx.

At this point one might ask: What culture to start with? The Hindu and Muslim culture that was present before the Portuguese? Like Goa sausage, today’s culture is a mixture of many ingredients that come from all over the world. Goa has melted these ingredients into a unique masala, which is unfortunately not long lasting. Once incorporated into the sausage, the masala shares its shelf life of 8 months.

Therefore, the culture of Goa, often praised but rarely explained, is also subject to change. Of course, it is easy to blame the parts of society, which stand out from the masala, for all the negative changes. The blame game is played around the world and does not provide solutions to existing problems. What Goa needs are citizens to dig into the masala mixture of the sausage. People exploring all parts of the ingredients that contribute to this traditional meal – the long list includes saltpeter and the ever-present feni.

Many people from all over the world could contribute to making this state a better place. To analyze problems and contribute to their solutions, it is not necessary to be born in Goa. The world is changing rapidly everywhere. Most of Goa’s problems are not unique to the country. Rather than cultivating xenophobic tendencies, Goa could benefit from experiences gained in other parts of the world, brought here by people with an international state of mind.

Perhaps the time has come for the Goas to embrace all the different parts of their diverse society. Without the blame game, there would be much more time and energy available to tackle the real issues Goa faces. In the end, everyone would benefit from rolling up their sleeves and tackling issues that cannot be overlooked as ever-increasing mountains of garbage. One step towards a promising future for all the people living in Goa would be joining forces. Hopefully the Goa sausage is ready for a new recipe, equally delicious, but easier to digest.